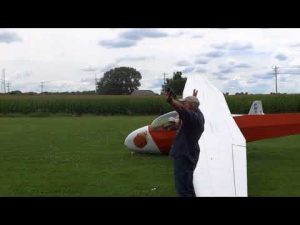 As pilots, we use checklists for everything, or at least we should be.  For private ship owners their are assembly and disassembly checklists, critical assembly checklists, and we all use a positive control checklist, preflight, before takeoff and landing checklist.  Some of these checklists we learn and commit them to memory.  Others, we read aloud and physically do the check.  Checklists save lives. Numerous accidents could have been prevented if only the checklist had been followed.  Most POH’s (Pilot Operating Handbooks) contain checklists for the pilot to adopt for that particular aircraft. Others, like the before takeoff and before landing checklist are common among many aircraft.

Distractions. Being distracted while in the middle of doing a checklist is common in flying.  Every pilot must be aware of distractions and learn how to cope with and handle a distraction while in the middle of doing a checklist.  For example; Joe is seated in his glider and doing his Before Takeoff checklist when the wing runner comes to the cockpit with the towrope in his hand wanting to connect the rope.  Joe was in the middle of checking his spoilers when he stopped to open the release to connect the rope.  During this distraction, Joe forgot to stow and lock his spoilers.  He then went on to finish his checklist where he thought he left off.  Luckily, the wing runner noticed the spoilers were extended prior to takeoff and signaled the pilot to stow his spoilers.  Hence saving a possible accident.  Instructors will purposely distract a student during a checklist or critical phase of  flight to see how the student reacts.  Did the student allow the distraction to dominate his thought process and forget that he was flying an airplane?  This is all part of the teaching process.  Remember, Aviate, Navigate, Communicate.

Checklists are critical and very important parts of flying.  Use them. They will save your life.

In the next blog article I will discuss the proper way to read and respond to a checklist.