It’s official!!! Erik Schnaubelt has been awarded his SSA Silver Badge.  As you may recall, last week, Erik flew the club PW-5 the required distance of  a 50km leg, gained more than 3281 feet in altitude from a low point and conducted a flight of over 5 hours.

Congratulations to all these fine soaring pilots. 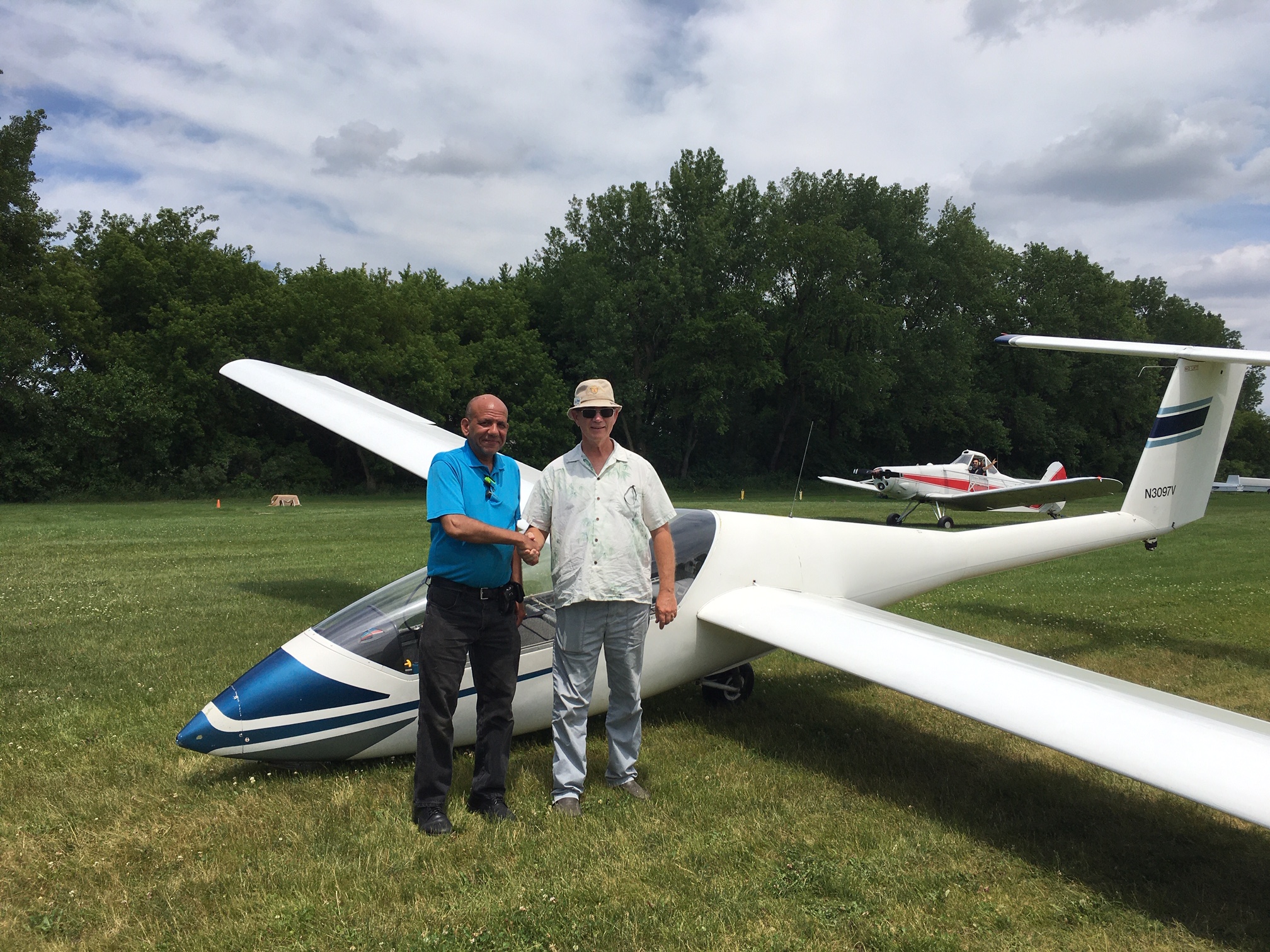 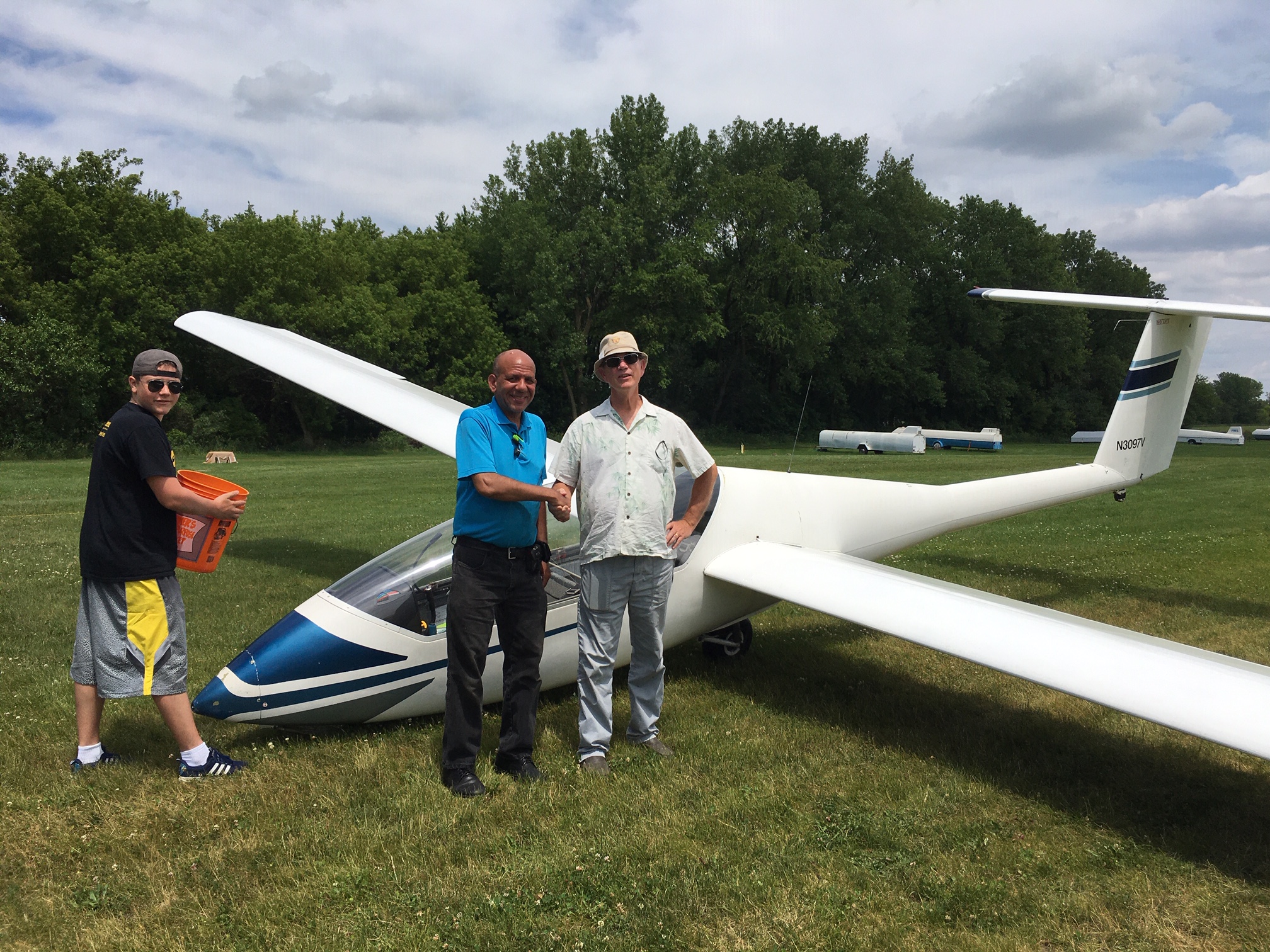 It was shortly followed by the traditional soaking.